St Joseph’s School was situated on the corner of Broad and Smith Streets. It was adjacent to the Convent of the Holy Family Nuns which stood behind the school. When the school closed, the Durdoc Centre was built on the site.

I received the following letter from Michael McCann who started his schooling there in 1957. He sent the 1957 Class 1 photo as well. Unfortunately he cannot remember his fellow class mates and so I post this here with the hope that someone can respond.

” This is the Class 1 St. Joseph’s School photo taken in 1957. I’m the little tyke at top, second from right. I remember my first day – so exciting until I got teased for having the wrong socks. I must have created a little for the next day I attended class with the proper attire. Nothing much has changed it seems! I still have my class 2 schoolwork book wherein I practiced my alphabet amongst other class exercises. I remember there being a pedestrian crossing in Smith Street adjacent to the school entrance over which we were sometimes marshalled to attend ‘music appreciation’ in the hall opposite. Peter and the Wolf sticks in my mind. It is fascinating reading the shards of memories posted by those remembering those far off times. I will send more class photos in the future, perhaps someone in your blog group will recognise faces. Unfortunately I made no notations on the reverse and I can’t recall names of my class mates.” 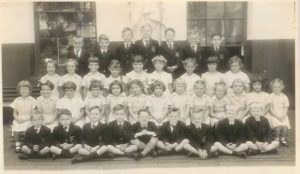 I was clearing out some old CDs and found one I had saved these pictures of Durban taken in early 1969. In 1968 I had just bought myself a new Minolta SRT 101 35mm Single Lens Reflex camera from a firm called Modisons, 239 Grey Street. At that time Modisons were General Dealers but on the side they had a photographic counter and were agents for Minolta. It was a small shop with general goods, some pharmaceuticals, and groceries. An unpretentious camea shop.

I had been told of them through a friend, Derek Brown. I still recall I was in three minds what camera to buy as my budget was limited. There were three choices an Asahi Pentax K1000, a Nikon Nikkormat and the Minolta SRT. The Pentax fell away because the lenses had a screw in mount and the trend was towards bayonet coupling. Between the other two I ended up going for the Minolta because I fancied its features, had a mirror lock, nice feel, CLC light metering and I was offered a good discount. The Saturday I went to buy the camera, the Minoltas in their dull gold and black boxes were piled up on the top shelf of a shop cabinet.

Too high to reach by hand, the assistant had a dowel stick which he used to tip the box towards him, let it fall and catch it on the way down. Well he tipped one but somehow managed to let it slip his grasp and it fell to the floor. “Thank you ” I said “I will have the next one”. END_OF_DOCUMENT_TOKEN_TO_BE_REPLACED

Reader Rob Caweg noticed a contribution from Bob Gooderson which included a menu from the Mandarin Room at the Edward Hotel. That menu dates from 1981 and Rob recalled that his father, a Dutch sea captain had dinner at the Mandarin Room about 10 years earlier and kept the menu from that occasion. At that stage the complete dinner cost a princely R3 per person which had gone up to R4 by 1981.

Rob kindly photographed the menu and sent it along.

My earliest memories of Durban’s Trolley buses goes virtually back to the days when we first arrived in Durban as immigrants in 1948. I had never seen a trolley bus before as in Alexandria Egypt, their public transport was single decker electric trams. END_OF_DOCUMENT_TOKEN_TO_BE_REPLACED

No doubt wherever you lived in Durban, I would say the majority of you experienced going to school by bus unless you lived across the road from School. My memories of bussing to school date from 1954 through to 1961. END_OF_DOCUMENT_TOKEN_TO_BE_REPLACED

Arthur Gammage has asked if anyone knows where the Tongaat Locomotive that used to stand in Bulwer Park is now or if you have a picture of it. Arthur tells me that Eric Lupke obtained permission from the Parks Department to remove the loco in order to restore it to running condition. Eric died not long after after his retirement from City Electricity Department and Arthur doesn’t know if the project was completed or what happened to the engine.

I’d also be very interested to hear what happened to the locomotive seeing that I spent countless hours playing on it on walks around Bulwer Park in my youth.

I’ve just added a lot of information sent in by my informant Zak Coombs about the Great Smith Street Fire of 1884 and about William Milne whose NGR volunteer fire brigade was instrumental in fighting the fire.

The new stories are linked from the Fire contents page 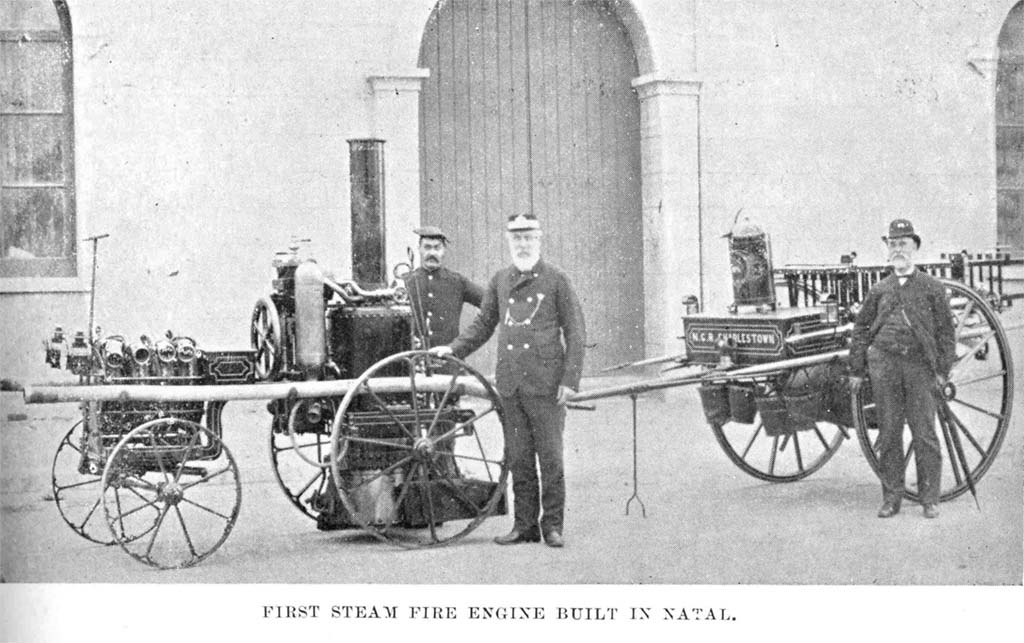 For many years we’ve had a page on the wreck of the Ovington Court which occurred off Addington on 26 November 1940. We’ve been keeping it updated as new information comes to hand and the latest is a submission from Alan Young in which he talks of the aftermath of the wreck and which I’ve added to the bottom that page. Click the link above and scroll down to the bottom of the page. 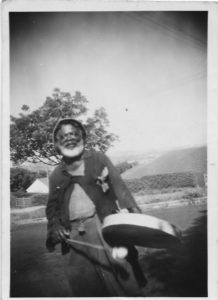 I have just received this photo from a friend of mine that grew up in Woodlands. Apparently during the 1950s, this man would walk the streets of Woodlands beating his drum asking for donations. When given a donation he would beat his drum and do a bit of a soft shoe shuffle before moving on. Just recently on FB someone was asking if anyone remembered him. Part of the passing parade.

We have had a request from Robert Timmerman to put out the word about a reunion next year of a platoon from the Durban Light Infantry who were involved in a contact 35 years ago. He wrote:

Hi, this is a very different request for assistance on the site. Please bear with me as the widespread diaspora of Durbanites has left us with a dilemma.

Us being Durban Light Infantry, with a need to locate members of Platoon 1 who were on Beacon 25 North of Eenhana on 25 may 1984 with Lt. Deon van den Bergh and Sergeant Mark Whitson (later Lt. Col and Officer Commanding D/L/I.) when we were in contact with a band of SWAPO operatives for a period of about an hour.

Next year is the 35th anniversary of the event and we are attempting to trace as many members of the platoon as possible to attend the gathering at the Drill Hall in Greyville Racecourse.

The DLI’s story is a fascinating one and I’m the proud possessor of a two-volume history of the regiment containing what is believed to be one of the most accurate accounts of the surrender at Tobruk and detail about the regiment’s most illustrious part-time soldier, Brigadier-General James Scott Wylie. I’d be very happy to hear details of the regiment’s more recent history including this incident. Perhaps we could work towards having a DLI page on this site and contributions will be most welcome.