I was sent these pictures of Durban taken probably in the 1920s / 1930s.  Click on the pictures to enlarge. 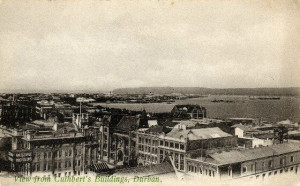 This postcard shows the view of Durban looking across the Bay towards the Bluff. 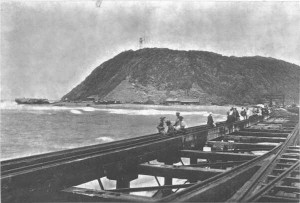 This is an interesting one showing the construction of the North Pier. As a youngster I used to fish off pier into the channel. I recall that a single railway line was left in place and ran down the middle of the pier. This pier has now been demolished and removed to allow for the widening of the channel. 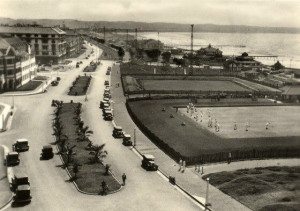 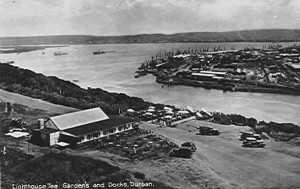 This picture is before my time. I cannot place exactly where it was perhaps the view site that was on the top of the Bluff. 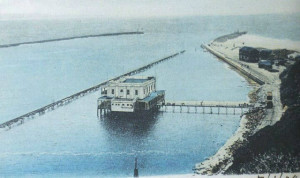 Another interesting picture showing what I think was called the Floating Hotel. 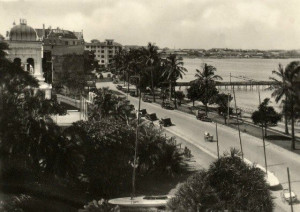 The Durban Esplanade in different times. Note the yachts parked on the side walk.  The building on the left would be the Durban Club and in the distance the Marine Hotel, another building which was demolished. 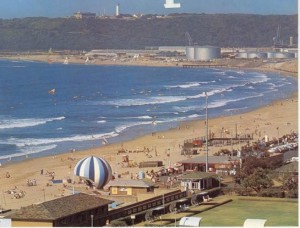 Then a modern day picture showing the Little Top and the XL TeaRoom. The bowling greens still there.  In the background were the beach trampolines which were popular at the time. 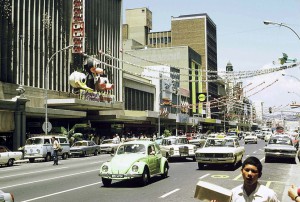 West Street at Christmas time. Looking at the VW I would say early 70s. West Street now one way towards the Beach, Smith Street was one way down the other way.

I received two photos from a Durbanite now living in the UK.  The flower sellers one shows their original location in the 50s/60s outside the Soldiers Way entrance to the Durban Station.  The suburban train platform building in the background.  This is the building which was moved when Pine Street was realigned and is now a gym.  Note the blue Durban Corporation public telephone kiosk .  The flower sellers were moved from this site to an area opposite the Post Office Church Street side when the area they were on was acquired to build the parking garage. To commemorate the flower sellers who had been on this spot for many years,  a wall plaque of an Indian man and woman flower seller was mounted on the side of Poynton House. 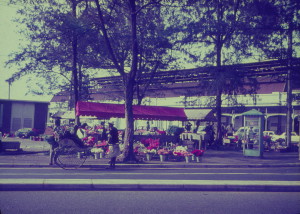 The second picture is hard to date but looks like late 60s looking at the Ford Zephyr (?) passing by. I have not had the chance to identify all the buildings in the background. The rickshaw puller’s costume is still more flamboyant than some of the poor imitations one sees today. 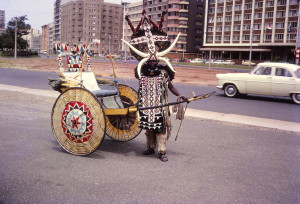 A historic photo showing the construction of the North Pier. No indication of the date. The locomotive appears to be  an Natal Govt. Railways Hunslet Tank Loco 0-6-0 named the “John Milne”. Built by Hunslet in 1879 as the first locomotive for the Natal Harbour Board. 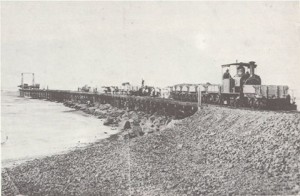