This week is a mix of Congella /Umbilo .  There were not too many photos of the area so I hope the few are of interest.  I have added some notes but feel free to add to the story.

Growing up in Durban in the mid 1954s onward, what I remember is that Umbilo Road, Gale Street and Sydney Road were three parallel roads along which were situated many small businesses interspaced with some of the larger factories.  In between there were some old houses as well.

Postscript: A reminder that Pot Pourris are first posted on the FaceBook Facts about Durban site where people have commented. What I post is here with the comments I have added initially. This enables the post to be archived and additional comment can be added. 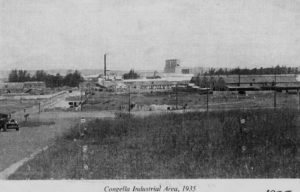 Way before my time but I do recognise the flour mills that stood at the Bay side.  Pity no notes are written to indicate the road names. 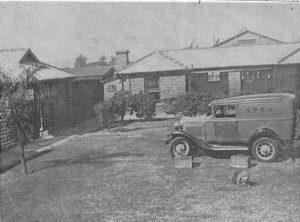 There is a note on this picture which states SPCA 1933 83 Sydney Road  Durban’s Dog Hospital.

I have a vague recollection of the SPCA being in Sydney Road towards the upper end near Williams Road.  It later moved to the Cato Manor area off Bellair Road.  They had a PABX switchboard installed and I visited to do the maintenance.  Still recall they had a tame donkey walking around.

To be honest I have no idea where the present SPCA is situated. 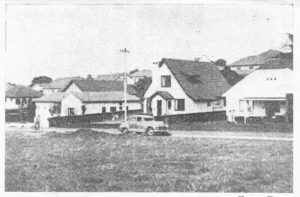 The picture does not indicate where the location is.  The motor car looks 1948-ish.  A note to the picture states that land purchasers in this scheme were assisted by a Municipal Housing Loan.  This would be the development around where Stellawood Cemetery/Glenmore  is. 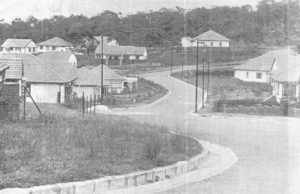 I looked up where Newlyn Avenue is and found it running off Francois Road neat the University Sports Grounds.   Today probably part of Glenmore. 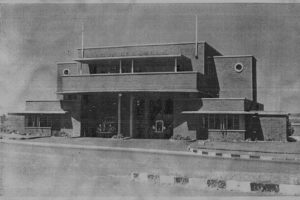 Probably a landmark if you lived in the outer suburbs out Rossburgh way or the Bluff as you passed it on your way.   Virtually diagonally opposite the Planet Cinema (later the Lyric Theatre) and opposite the Outspan Hotel.  Umbilo Road sort of narrowed at this point as you came to the big Union Flour Mills. There was a siding at the Flour Mills and the steam engines would shunt the grain trucks across Umbilo Rd into the siding holding up the traffic.  In the evenings you would have the shunter holding onto the truck with one arm and swinging the red lighted lantern with the other.  Further on was Hart’s Foundry making aluminium cooking pots and kitchen utensils and also Hind Brothers, the food manufacturers. 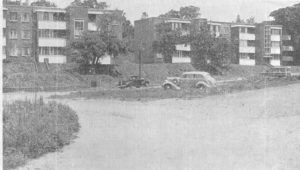 The Durban Corporation Flats built post war were situated in various suburbs around Durban. This one must be Kenneth Gardens. I remember Kirkwood Gardens in Stamford Hill Road, another near the Botanic Gardens, one in Umbilo near Payne Road facing Theo’s Café.   Was there a block in Woodlands?  Looking at the picture the two on the right are the familiar style with semi circular frontage whilst the one on the left has the square staircase frontage.. Looking at the cars again just after the war with what looks like a Willys station wagon known as a “Woodie”.  Anyone identify these blocks of flats? 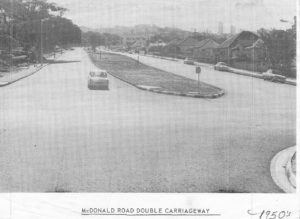 One of Durban’s wide roads.  Runs from Sydney Road right up to South Ridge Road.  I  notice McDonald Road is often incorrectly spelt as MacDonald Road. Quite a few of the roads in this area were named after the original residents such as Clark, Davenport, McDonald and Moore. This late 50s picture shows the central island without trees.  An old established residential area. 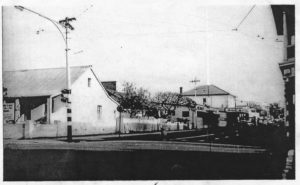 Interesting photo this as I recall it from the days living higher up in Moore Road. On the right was a corner tearoom called Dunvegan.  Beyond the galvanised iron fence, quite common in those days, was the ABC Bakery and the double storey building was the Mazuri Supply Store run by two ladies who lived above the shop.  Just beyond  that was Umbilo Road Moore Road intersection.  Again from memory the little house on the corner was abandoned in later years and taken over by vagrants. It was destroyed in a fire. 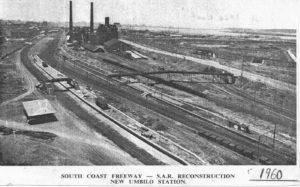 This 1960 picture shows the Umbilo Station under construction.  I always seem to recall that there was something about the Umbilo Station ending up in the wrong place.  Something about its siting made it difficult for rail commuters to access. Someone may enlighten me on this.  One does not realise how close the old Congella Power Station was.  The Power Station was demolished in the 1970s. 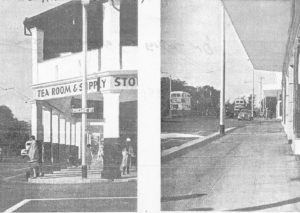 There are two photos here. The one is the Penzance Tea Room and Supply Store 660 Umbilo Rd.  The vehicle is heading to town.  Across Penzance Road was a block of flats called Trevanian.    The other picture is unknown. 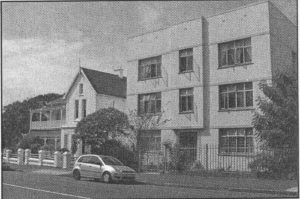 207 Bulwer Road. I remember this block quite well as a “girlfriend “I knew lived there.  In later years she asked me to be her best man at her wedding and she left for the church from this block.  She lived with her folks in the ground floor flat on the left. On the top right an old school friend of mine lived there with his folks.  To top it in the late 50s, Mrs R Murray and her two sons Terry and Gordon lived in No. 3. Gordon was to make a name for himself in the design of Formula One racing cars.  He was part of the Brabham stable.  To add to the story, my school friend befriended the girl living in the house next door in the picture.  He eventually married her.  This picture did bring back some memories. 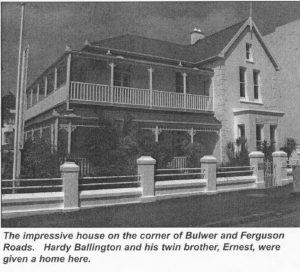 The house next door to Craiglee in the picture posted. As I said, my school friend married the daughter of the family living in this house in the 60s. In this close up picture it seems the house is being preserved. I do not know who owns it now but there is some sort of placard outside.  Hardy Ballington was a well known Comrades’ runner in the 1930s. 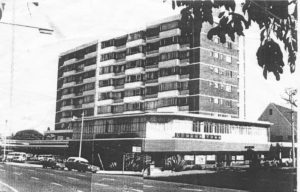 The Willow Park Shopping Centre built circa 1970s on the site of the old Willowvale Mansions.  It was in this vicinity that Umbilo Road and Gale Street merged. In later years this changed when Umbilo became one way into town and Gale Street One way out.

Next door to the centre was the Willowvale Hotel, a popular watering hole. Well known for its curry meals.