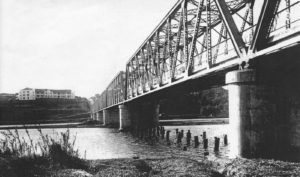 Picture 1 : Many recognised the Athlone Bridge crossing the Umgeni River.  The bridge runs from Athlone Drive which skirted the Windsor Golf Course and onto Northway.  The building on the left is not the Athlone Gardens  Hotel but Whitehall Court.  I looked up an old directory and see its address was given as Kelvin Place which runs at right angles to the Umgeni. Later directories give the address of Whitehall as Northway.  Back to the bridge it was built by the Durban North Estates Company named in honour of the Earl of Athlone, Governor General of the Union of South Africa. The bridge was opened in November 1927 by the Mayor of Durban, Councillor H L. Buzzard.   Towards the mid 1960s, concerns were expressed that the bridge structure was deteriorating and was no longer safe to use.  By that time the new Athlone Bridge was well under construction as a replacement.  When finally closed demolition of the old girder bridge began.  A major problem occurred when a large section fell away into the river resulting in added difficulties retrieving it.  Finally to further stand its ground, the concrete bases which supported the bridge were set to be demolished with explosives.  The explosives failed to do the job and the remains were left in place in the river bed. If I recall correctly the Demoina Floods failed to remove them either.   I seem to remember seeing portions still evident but perhaps someone can verify this. 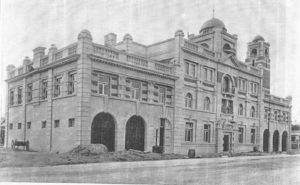 Picture 2: This picture had many guessing as it was demolished well before our times. The building pictured is the Durban Central Fire Station in Pine Street which was situated virtually opposite where Paynes Brothers back entrance was. The picture shown shows the building not yet 100% compete. This building stood behind the Durban Corporation Telephone Exchange building built circa 1904 which faced Field Street. I do not have details as to when this building was demolished but it made way for a rather sombre building to house the needs of growing telecommunications expansion.  After WW 2, the need for additional room to cater for an automatic trunk exchange, room to house national carrier transmission equipment plus accommodation for a larger trunk operators’ room necessitated that the Fire Station be demolished to make way for this.  The whole block between Field Street and Albert Street , Pine Street and Commercial Road therefore became dedicated to telecommunications. Today the whole block is bathed in an aluminium covering,  rather unsightly in my opinion and goes by the name Taj Mahal.  I relieved in the one of telephone exchanges  in this building at some time and seem to remember there being a fireman’s pole in the basement where a large main distribution frame was located.  At the time I did not connect the fireman’s pole to this building but learning of this in later years I have tried to get some confirmation whether that  fireman’s pole did exist  as a memento in that location.  An elegant building but then with the later traffic of Pine Street, its locality was its death knell. 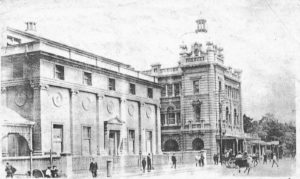 Picture 3 :  This picture is 50/50;  one building remains to today the other gone.  The building shown  on the left was the Port Natal Masonic Lodge built in 1871 and destroyed by fire in 1892. The building was rebuilt and enlarged and continued to be used as a Masonic Lodge till 1949.  The building was then sold and demolished to make way for the Sanlam building.  So an old building.  Now last week I included a picture of the Inanda Masonic Lodge in Stamford Hill Road.  Notice the similarity? The entrance portals!  Again this Masonic building, way before my time but knowing the other building I can tell you what stands there now. The street between the two buildings happens to be called Masonic Grove.  The building still standing is rather special as it is virtually the last elegant old style building left in the area.  It is Riches Building and I include a modern today photo. Sadly the dome, cupola and the embellishments round the roof area have been removed and all that is left are the lower two floors.  Looking at another photo I have this partial demolition seems pretty recent. See my additional picture.  The statue in the alcove remains as does the Victorian Lace decorations and uprights’ supporting the front roofing.  If you are still confused as to its location, it was adjacent to the once Central Police Station in Smith St, near Escoval House and diagonally opposite Greenacres Passage Smith Street side. 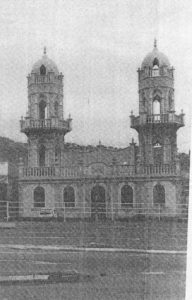 Picture 4:  The Mosque many recognised as being near the Connaught Bridge interchange with North Coast Road.  I stand to be corrected but I think the road is Riverside Road.  Notes on the picture indicates the name,  Queen’s Bridge Mosque.  This must allude to the Queen’s Bridge which at time crossed the Umgeni River possibly in this area. 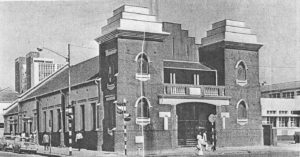 Picture 5: Now this photo has flummoxed most bar one person who just happens to be a past NU architectural graduate.  I recognise this building because the trolley bus route to Sutton Park passed in front of it and travelling past it often I remembered it.  It originally was the Full Gospel Tabernacle corner Albert and Beatrice Streets.  Referring to directories it was the main church of the Full Gospel Churches of God.  I recall the dark red brick colour contrasted with white.  A rather stark looking building. The church sold off the property as it no longer appears as a tabernacle in 1965. It was bought by the Natal Indian Teachers’ Society.  The area where the tabernacle was located was in the early 60s rather neglected with the open area in front of this building being Cartwright Flats. A large sand pit as I remember it, where Boswell’s Circus would pitch their tent.  The building was demolished and replaced by a multi-storey glass and brick building. I do not have a picture but include a photo which shows the new NITS building in the background.  As an aside, the Full Gospel Church had the slogan “Jesus Saves” which could be seen round and about.  One big sign they had was close to this tabernacle on the railway reserve on the right going down Soldiers’ Way. The sign illuminated at night in big red letters read “JESUS SAVES”.    Many probably remember this sign. 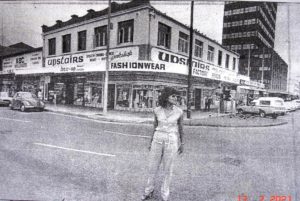 In the background is a tall brick and glass building. This is the replacement building built on the Full Gospel; Tabernacle site. 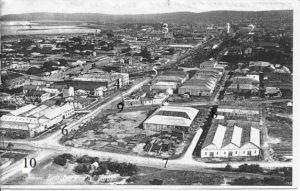 Picture 6:  I thought I would add this picture as it is rather unusual as it shows rather undeveloped areas near the beach front.    There is no information on it regarding date or location so one has to deduce what is seen. If you enlarge the picture I have numbered locations I recognise.

3 The Durban City Hall, which one can put a date on this picture as being post 1910.

5 Kearsney Road where the Central -Point railway line took a turn to head down to the Point.

4 Old buildings which stood opposite Beachway Motors, main branch in Pine Street.  I have an idea these building are still standing and if I recall there was a workshop where VW motors could be exchanged.

6 Pine Street. Someone mentioned 6 is the site of the Killarney Hotel.  I accept this as the Hotel was built on the corner of Pine and Brickhill Roads.

8 Difficult to be definitive on this one but I would say Milne Street.

The name Seaview St apparently was derived from the fact that when the beach area was a myriad of high sand dunes known as the Back Beach, one could get a good view of the whole sea front from this view point at the end of Seaview St.