The “Cuban Hat” and its neighbour “The Nest” were two very popular drive in locales situated on the then Lower Marine Parade in Durban. They were especially popular in the late 50s / early 60s when own car transport became an essential must have amongst young adults. These were the days when young adult life changed considerably when freedom of movement, the changed music and habits of the time and there was a general improvement in living standards. Initially any form of car was better than none because as the saying was, it enabled you to get to “where the action was”. Action being where parties, socials, “sessions” and get togethers. The fact that you could pick up your mates or girl friends and go together as a group made life good. Parents of the time had to adjust to the times because they were brought up when stricter parental control was generally enforced. The days of dates being, sitting in the lounge with the parents were no longer and life was now centred on getting out and about and mixing with your own age group.

This accounted for the popularity of the three such Beach front locales that existed in Durban. The two most popular the Cuban Hat and The Nest and the other some distance away the XL Tea Room at Addington became very popular haunts. They were free, the refreshments were affordable and invariably your friends would happen to be there as well. Combined they were not overly large and Friday and Saturday nights they were fully parked in and business was excellent. The two sites also became the meeting place for motor bike groups which in those days were to a large extent a “separate breed”.

Thanks to Michelle Jacobs, she posted two pages of the original Cuban Hat building and surprisingly the Cuban Hat dates back to 1953. These are classic pictures in my opinion and prompted me to add them to the site. Click on pictures to enlarge. 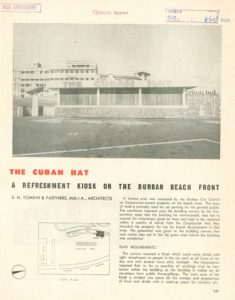 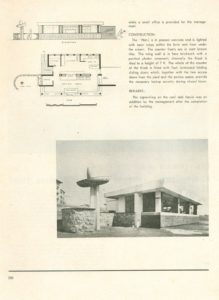