One of my real likes is coming across small booklets especially concerning Durban history, written up by someone who has taken the time to do some research and investigating into the subject matter. Some years ago now, in my study of my wife’s Mack family history, I was given a copy of a booklet written up by Rev. P.E Goldie which gives the history of the Parish of Isipingo 1856-1956.

The Macks, amongst other families who settled in Isipingo were the pioneers of the Natal sugar industry. In actual fact Robert Henry Mack, known as Harry Mack, grandson of Robert Gazley Mack, the original pioneer, was the last of the Mack family to grow sugar on the Isipingo Flats. At the age of 95 he was still travelling from the Bluff to Isipingo to supervise the planting, growing and harvesting of the annual crop. He died aged 99 in 1968. Today the Mack family is remembered in Isipingo with the road named Mack Road which bordered the Mack farm.

Isipingo is tied up with Dick King who lived and died there and where he is buried today. He was gifted Isipingo in appreciation of his historic ride to Grahamstown in 1842 to inform the Cape authorities of the dire straits the Port Natal settlement was in, due to the siege by the Boers. Robert Gazley Mack, a Byrne Settler was originally allocated a plot of land in the Byrne Valley (Richmond District), did not see his future lying there, abandoned his plot and retired to Port Natal. Here he bought land off Dick King and became a sugar pioneer.

The booklet written by Rev. Goldie, and he is hereby acknowledged, covers the early history of the Anglican Church in what was known as the Parish of Isipingo which eventually spread in later years to include Amanzimtoti, Umbogintwini, Warner Beach and surrounds. I doubt whether many of these booklets survive so I decided to put it up on the Facts about Durban site and with the help of Allan Jackson here it is. It is long but rather than reduce its contents, I left it whole. Also below is the programme of events to mark the Centenary. 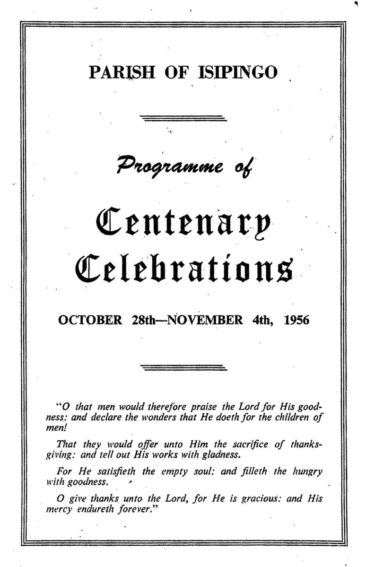 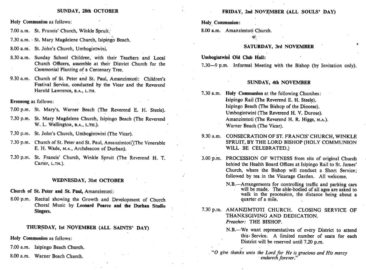