My informant Bianca Lawrence sent in a great picture taken from Russlyn flats in St Andrew’s Street and looking towards Broad Street. Shown is the old St Joseph’s School where Bianca was a pupil in Class 1. She said she thinks the picture was taken in 1963 0r 1964. 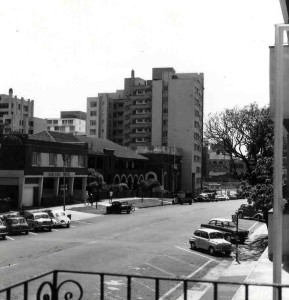