Bob Gooderson has sent along some very interesting pictures. 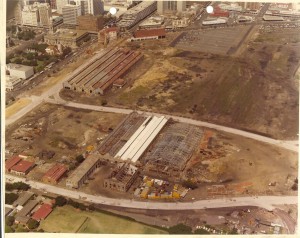 This picture is of the site of the old station and the workshop complex. Bob had the following to say about it:

The closest date I can guess is 1981/2. The new station was already in use. The old station platform canopy had already been moved sideways so that Pine Street could run right through. The building which became The Workshop had hardly been touched. Can anybody remember the date on which the new station in Umgeni Road opened as that would give an accurate starting period?
A label on the back of the picture says ‘Patrick Squire Photographer’.

Here are a few more from the family archive including pictures of taken of  (or from, I assume) their hotel, the Lonsdale. 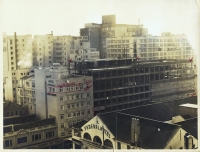 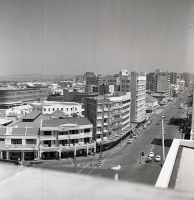 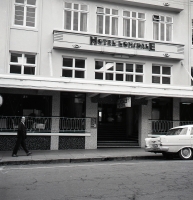 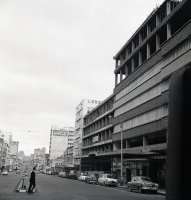