Regular contributor John Taylor forwarded on these two pictures that have apparently been circulating for a bit. The idea of digging out a second harbour for Durban (or extending the existing one) has been around for quite a long time.

I believe that Field Marshall Smuts may have been among those to mention it in the early days but I can’t be sure of that fact. Anyhow, the old Louis Botha (Durban International) airport site seems to be an ideal candidate for a new harbour and these pictures show the site now and what it might look like in the future. 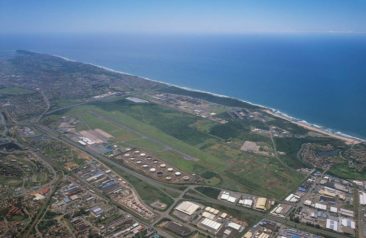 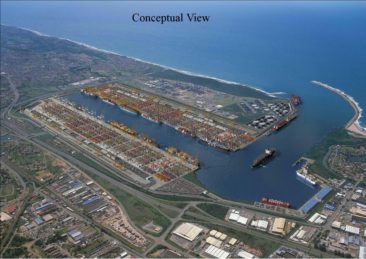 I must confess I always assumed that a project along these lines would link up with the existing harbour.  It looks as if ships will have to be manually turned around before they can leave instead of using the present harbour mouth as an exit.

I wonder how long it will be be before work starts on what will clearly be a huge and expensive project? I personally wouldn’t be surprised if it never happens and they go with establishing an inland port instead.