I recently had a brief note from Maurice Warren to the effect that his father had served in Durban during WWII and liked it so so much that he decided to return at the ens of hostilities. He wrote:

My father, Kenneth Warren, served in Durban with the RAF during WWII at both Congella and later Lake St. Lucia, and decided to emigrate there by truck in 1947, via Algiers, Congo, and on to Durban.  He was a builder and built half the houses in Durban North. The truck, a Chevrolet, subsequently served as a builders’ truck for the next twenty years. 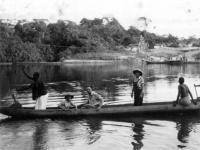 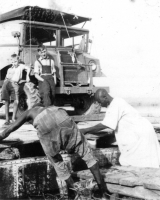 I think that the journey must have been a rare adventure and I’m itching to hear more details about it. I’ll try to prevail upon to Maurice…