This past month I was sent a photographic essay comprising of a series of photographs of Imperial Airways flying boats taken at the flying boat base in Durban Harbour.   The sender was Dennis Hewer and I thank him for allowing me to add this to the Facts about Durban archive.  Dennis’s grandfather H. W. Anderson (sic) appears in one of the photos, the photos being in possession of Dennis’s mother. I would venture to say all the photos were taken on the same day.

I would dare to say that there cannot be too many people in Durban alive today who were able to experience a flying boat voyage from England to South Africa when the route was re-introduced just after the end of World War 2.  The flying boat route to South Africa was actually in service in 1937 and this was extended to India, Hong Kong and Australia.  From a source I have, the flight from England to South Africa took 5 days and there were two services a week.  In the 1930s international long haul routes were limited to an extent by the amount of fuel that aircraft could carry thus most trips consisted of hops from point A to point B.  The flying boat service came into its own at this time as refuelling could be done en route with several stops along the way. The pace was slower but more restful, possibly safer and sightseeing could be included. Routes were planned and at the various stops passengers alighted and were taken to hotels for overnight accommodation.  So it was that in South Africa two bases were created as flying boat terminals , one at Vaal Dam and the other at Durban.

My first contact with Durban’s flying boat base was through my late uncle who took me along on his fishing trips when I was very young. One fishing spot we visited was what was called the slipway.  Actually if I recall there were two of them.  These were situated at the head of the bay in the vicinity of the Prince Edward dry dock.  What my uncle liked about them was that you could park your car on the slipway, set chairs up and fish in comfort.  When I first visited the slipways roughly in the mid-1950s there was nothing about that indicated what the slipways were used for.  I recall my uncle saying he thought they were built to haul flying boats out of the water. As I found out in later years, this proved to be true. In the vicinity as well was the floating dock and a wharf where tugs were tied up when undergoing repairs. Seeing these photos immediately took me back many years.

I mentioned above that Dennis named his grandfather as H. W. Anderson.  In subsequent correspondence Dennis told me that his grandfather’s father had emigrated to South Africa and had worked at the whaling station.  Dennis also told me that the family home was at 391 Berea Road.  Knowing Berea Road fairly well I was curious where 391 was, and referring to an old Durban Directory discovered that 391 was then the residence of H. W. Andersen. That residence is now no longer as it and adjoining plots were bought by Telkom to accommodate the new Tollgate Telephone Exchange which I knew well.  For those not familiar with the exact area, the Masonic Lodge Building is next door to the exchange as well as Park Lodge Gardens, a block of flats set back from Berea Road.

I informed Dennis that the directory had Anderson as Andersen and I tended to think the directory was usually correct as it sourced information from reliable sources.  Dennis reverted to an aunt of his and the directory proved to be right, the Andersen is with an “e” which ties up with the whaling and the Norwegian way of spelling it. 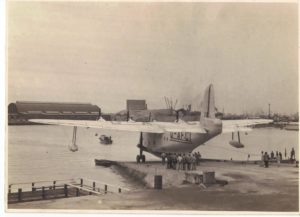 The  slipway where we used to fish. On the opposite side was the SAMANCOR loading berth for SA Manganese. 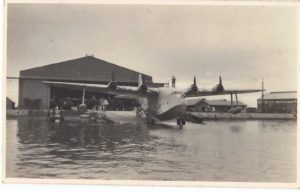 The flying boat hangars. These must have been demolished when the service was terminated. 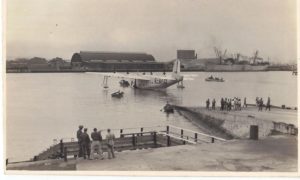 Note the Liberty ship in the background. 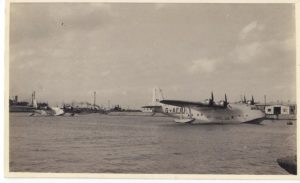 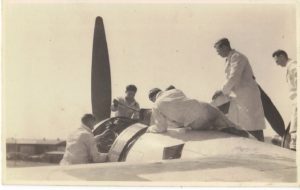 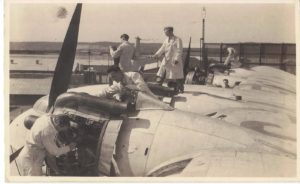 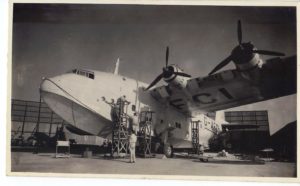 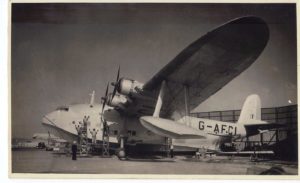 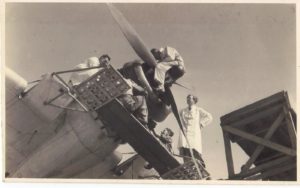 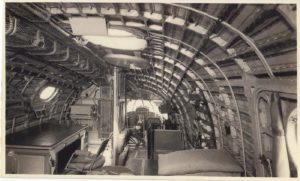 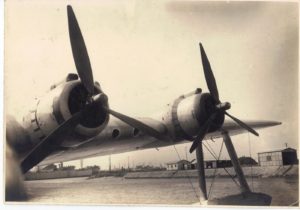 There are 24 photos in the collection and I am posting all.  I will comment where I can but having never seen the flying boats they are now a forgotten part of Durban’s past history. Perhaps there may be some people who do remember them and they are invited to comment.

Received a picture of a flying boat taking off from Durban Bay en route to England.  Date given as 1939. 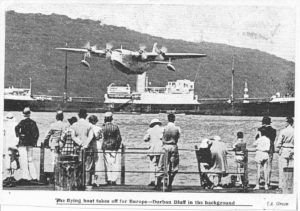