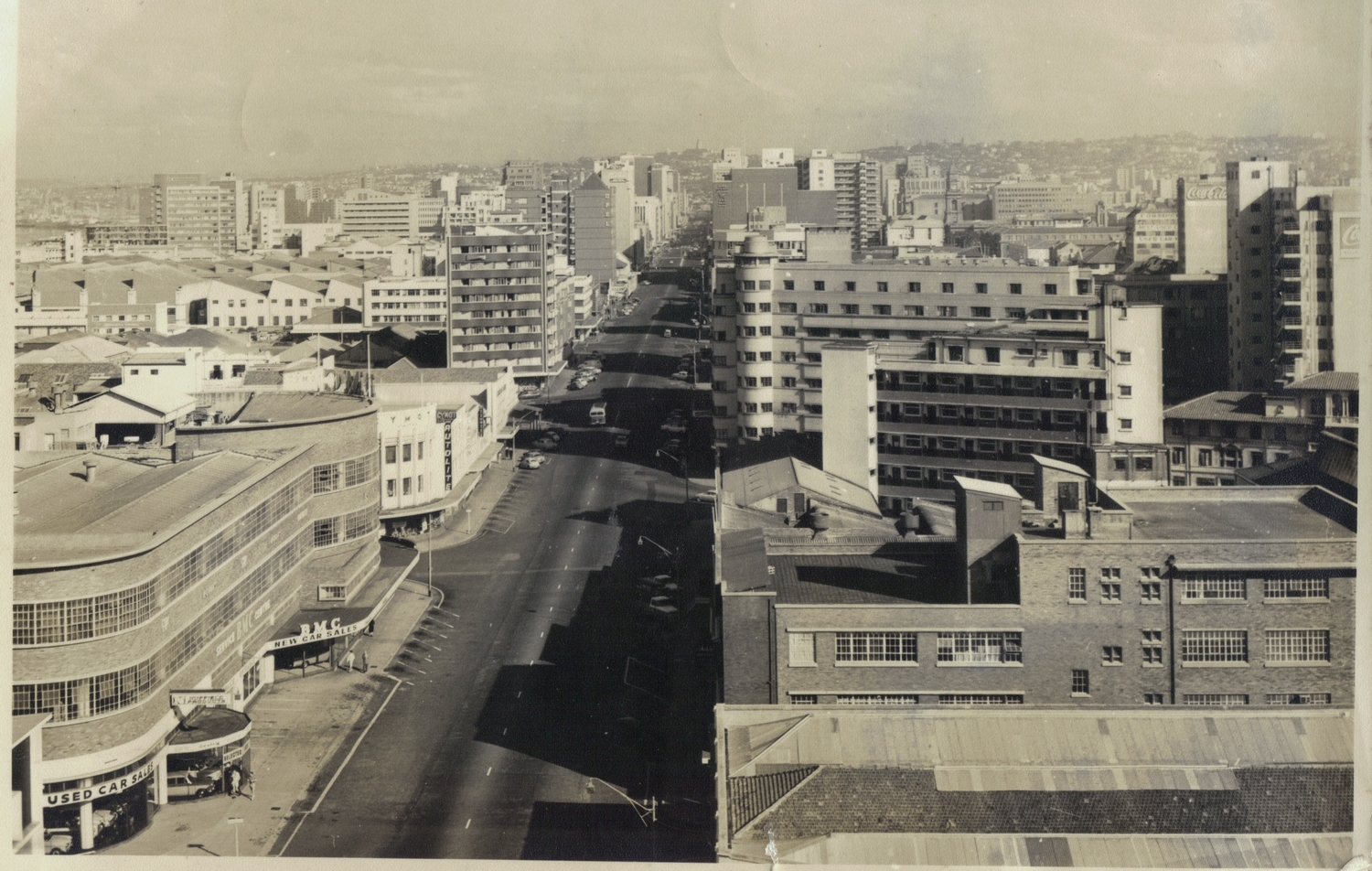 Picture also taken from the roof of the block of flats on the corner of Point & Smith streets showing a view right up Smith Street. -Courtesy Bob Gooderson.

Here are some comments, additions and appeals for information.  Georgina Stening wrote: