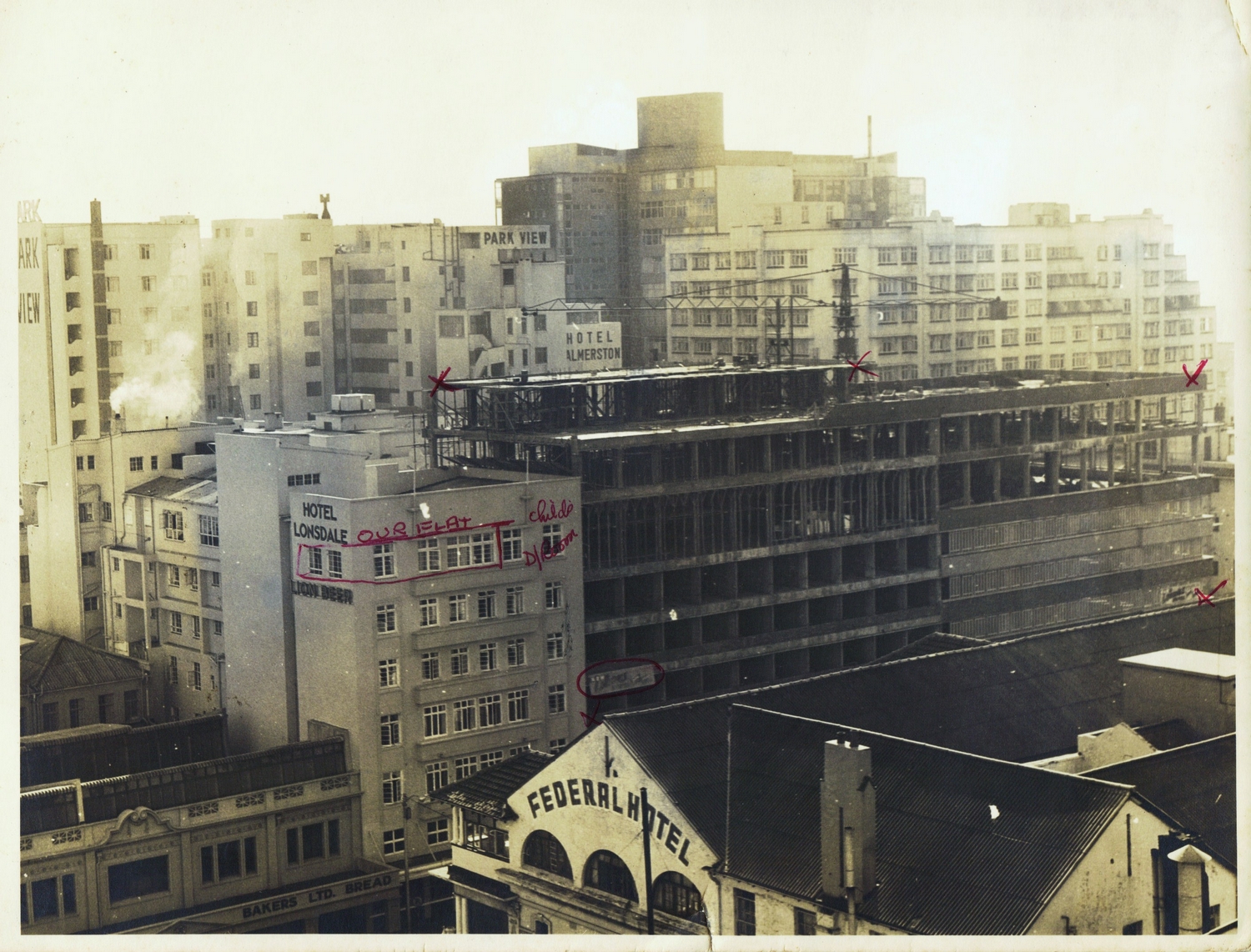 Picture taken from the roof of a block of flats on the corner of Point and Smith streets showing the ‘New Lonsdale’ in the course of construction. Part of Bakers building, the Federal Hotel as well as the Park View, the Palmerston and the Rydal Mount hotels can be seen. The ‘New Lonsdale’ opened in December 1962 so I think I took this and the next picture in January of that year. -Courtesy Bob Gooderson.

Here are some comments, additions and appeals for information.  Georgina Stening wrote: